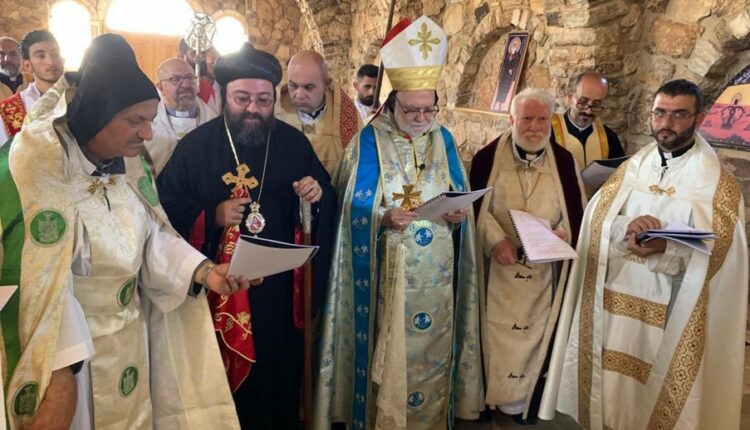 Syria, a country inhabited by very ancient peoples with millennia-old traditions. Syria, the place of St Paul’s conversion, the place where the first Christian communities were born and where, in parallel with Egypt, monasticism developed

A land where for centuries, after the advent of Islam, the two monotheistic religions coexisted, also setting an example of tolerance and mutual respect. A land rich in agricultural and mineral resources such as gas and oil.

Precisely the latter, which could have been a favourable economic opportunity for the population, have backfired like a boomerang against it.

The appetites of the economic potentates that rule the world have pounced, here as elsewhere, bringing war and destruction. 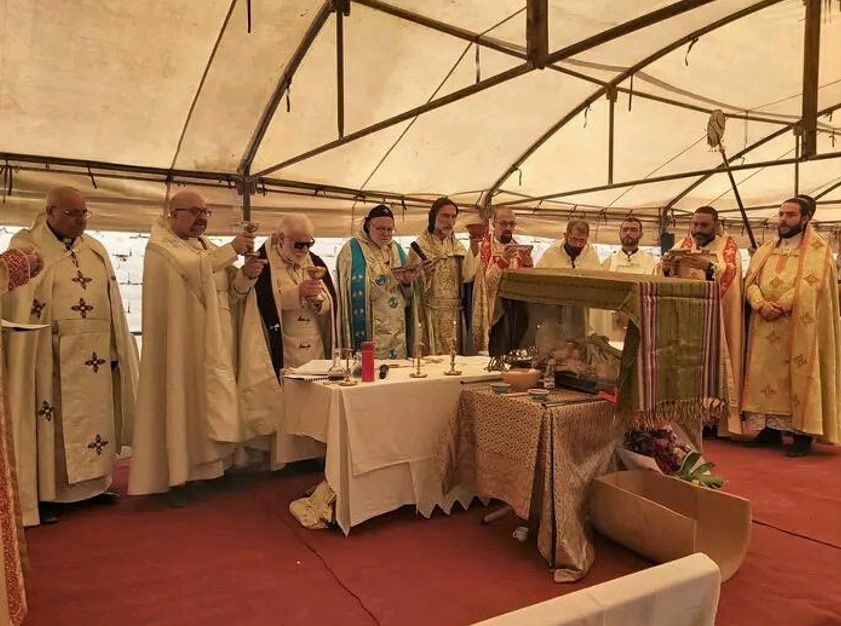 Since 2011, for long years, war has ravaged this nation, destroyed the Syrian people economically and morally, caused hundreds of thousands of deaths, millions of wounded and refugees.

The war has been given a religious connotation: from an initial secular protest, it has moved on to a fundamentalist struggle with the participation of a preponderant Salafist component, which reached its peak with the creation of the Islamic State, also over much of Syrian territory.

In the areas under the jurisdiction of the jihadists, real persecutions of both Christians and Shia Muslims and the destruction of places of worship such as churches, monasteries and mosques have begun.

As a result of this, the Christian presence has been greatly reduced with the risk of extinction for many communities.

In this context, a witness of peace and dialogue was courageously offered by the monastic community al-Khalyl, the friend of God, (an expression used to refer to the patriarch Abraham).

This community, founded by Father Paolo Dall’Oglio and Father Jacques Mourad in 1991, settled in the desert at the ancient monastery of Mar Musa and later, in 2000, expanded with the assignment of another monastery, that of Mar Elian, of which Father Jacques became prior.

The latter monastery is located on the outskirts of the town of al-Qaryatayn, about sixty kilometres away from Mar Musa.

The two monasteries have been a point of reference and dialogue not only for the Christian churches in Syria, but also for Muslims.

People of all ages, in their thousands, used to go to both monasteries to pray, to talk with the monks and to spend moments of joy together. 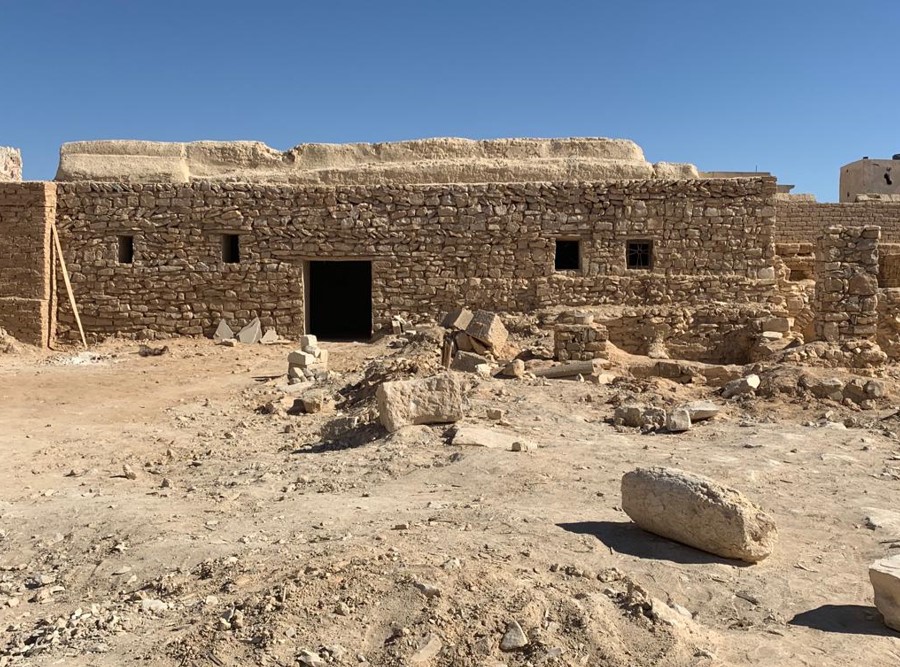 The outbreak of war brought a severe blow to the monastic community: in 2013, Father Paul, of whom there is no news to this day, was kidnapped, and in 2015, jihadists abducted Father Jacques and a deacon, destroying the monastery of Mar Elian and dispersing the relics of the saint who, since the advent of Islam, had always been venerated even by Muslims.

After five months of captivity, thanks also to the help of some Bedouins, Father Jacques and a few dozen Christians escaped and managed to reach the area controlled by the government.

The Bedouins who helped them escape, once discovered, paid with their lives for their heroic and conscious gesture, being executed by the jihadists despite their common membership of Islam.

Some time after his liberation, Father Jacques returned to Mar Musa and resumed contact with the few Christians who remained in al-Qaryatayn (25 out of the approximately 2,000 who inhabited the city before the conflict) and devised a project to rebuild the monastery of Mar Elian and sow the thousands of fruit trees and vines in place of those cut down by the jihadists during the period of occupation.

A great and courageous challenge to create the necessary conditions to put the desire to return back into the hearts of refugees.

It was at this point, through a series of circumstances, that the Spazio Spadoni association came into contact with Father Jacques Mourad and invited him to give a testimonial talk as part of the 2021 Convention, focused on the theme of Reciprocity.

Father Jacques spoke on the theme of reciprocity between Christianity and Islam, bringing his moving personal experience. 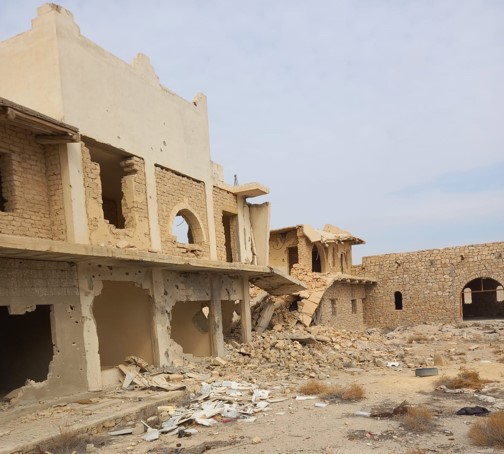 It was on this occasion that the Spazio Spadoni Association, learning of the dramatic reality of the Mar Elian monastery and the risk of extinction of the Christian community in the nearby city of Qaryatayn, decided to intervene by collaborating in Father Jacques’ project: That of rebuilding at least the essential parts of the monastery and bringing back the relics of Mar Elian, replanting the thousands of vines and fruit trees destroyed by the jihadist fury, restoring the houses bombed during the war so that the Christians who had fled during that time could return to live in the city and resume work there.

It will take time to achieve all this, but in the meantime, the project has been given an operational deadline: five years.

In the past year, with a first tranche of funding and in synergy with other international associations supporting the life of Christian communities in the Middle East, the first concrete results have already been achieved.

As already mentioned, the monastery has always been a reference point for the population of Qaryatayn and was frequented by all, both Christians and Muslims.

In addition, the cultivation of vines, olive trees, and fruit plants compatible with the desert climate (pomegranates, figs, apricots, etc.) allowed the people to work and have a perspective for the future.

So much so that the migration of young people, a phenomenon that existed even in the pre-war period due to the difficult economic situation and the limited job opportunities in a desert town, had significantly decreased.

Therefore, the first objective was to restore the well that had been put out of use by the jihadists, then to build a wall around the land to be cultivated, and then to plant trees again: as many as 2,000 vines, 2,000 olive trees, and as many trees that will begin to bear fruit within three or four years.

Next, the church, the crypt and the roof were restored (the whole building had been burnt down).

Also restored was the sepulchre containing the body of Saint Julian, whose relics were recovered after terrorists had dispersed them to prevent the perpetuation of the millenary devotion to this Saint, a devotion not only of Christians but also of Muslims. 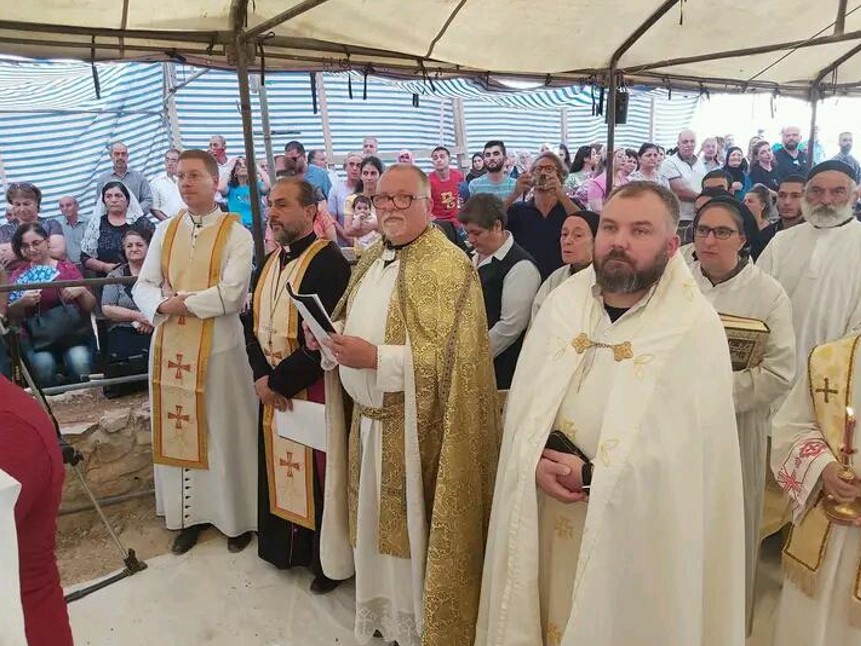 Upon completion, the repair of the houses will begin

Precisely on 9 September, the feast of Mar Elian (Saint Julian of Edessa), in a solemn procession, the Syrian Catholic bishop of Damascus, together with the heads of the other Christian and Muslim religious communities, brought back the Saint’s relics temporarily kept in the Syrian Catholic cathedral in Damascus.

The Muslim community then prepared food for the feast attended by about three hundred people.

Spazio Spadoni intends to continue this work together with Father Jacques and the community of Mar Musa, certain of the spiritual and economic benefit it will bring to the Christian community of Qaryatayn and the help it will bring in re-establishing relations of friendship and mutual welcome that had frozen during the long period of war. 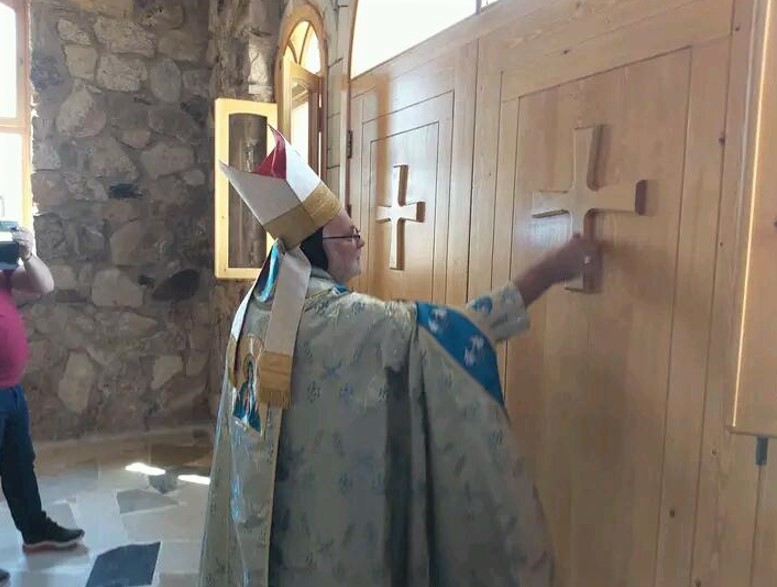 Saint Of The Day For November 18: Saint Odo Abbot Of Cluny

Saint Of The Day For November 18: Saint Odo Abbot of Cluny