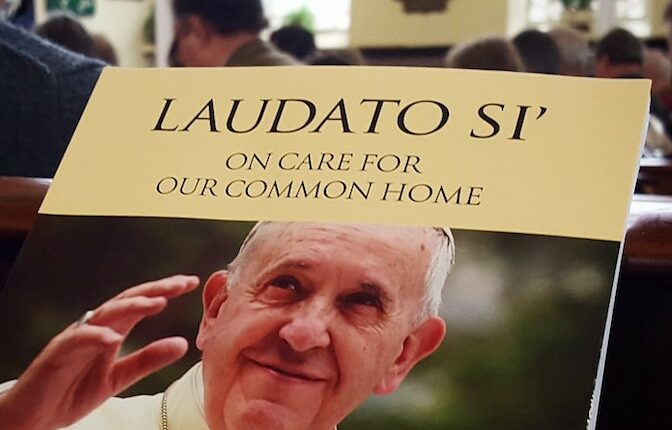 COP27, a summit that can no longer afford vague good intentions

The energy crisis triggered by the conflict between Russia and Ukraine and the related food crisis (the so-called ‘wheat war’) have exacerbated the seriousness of climate change that has never been more evident.

Many European countries are experiencing years of great drought and considerably higher temperatures than usual, many Asian countries have suffered devastating floods.

Unheard, in this scenario, remains the voice of many religious leaders, Pope Francis above all, who for many years have been declaring that a radical change in economic systems and lifestyles cannot be postponed.

It happened at COP26 in Glasgow, it will be repeated in this 2022 edition.

COP27, faith leaders back global treaty to end the use of fossil fuels

COP27, representatives of world religions have given their support to a proposed international treaty to facilitate an equitable and rapid phase-out of fossil fuels that cause global warming.

A letter published on 2 November and signed by more than 50 religious institutions, representing millions of members worldwide, urges nations to develop, adopt and implement a ‘Fossil Fuel Non-Proliferation Treaty’ that immediately stops the expansion of new fossil fuel projects, outlines a roadmap for a just and equitable end to current fossil fuel production, and ensures a ‘just transition’ to 100 per cent renewable energy globally, providing economic and technological assistance to communities and countries in need, particularly in the global South.

The burning of fossil fuels, in particular coal, oil and gas, is the main driver of climate change that has warmed the planet by 1.2 degrees Celsius since the Industrial Revolution and is on track to increase warming to 2.8 degrees Celsius by the end of the century, according to the UN Environment Programme’s latest Emissions Gap Report. In the last decade, when attention on the impacts and threats of climate change was at its highest, nearly 90 per cent of global carbon emissions came from burning fossil fuels, according to the UN Intergovernmental Panel on Climate Change.

The multi-denominational letter comes just days before heads of state and diplomats gather in Sharm el-Sheikh, Egypt, for the start of COP27, the 27th UN climate change conference (6-18 November)

“The science surrounding the most pressing danger facing humanity is undeniable: to be good stewards of our common home, we must act and phase out fossil fuel production,” the letter reads.

The religious leaders said that ‘too many’ coal mines and oil and gas wells are in production and will cause global temperatures to exceed the 1.5C target of the Paris Agreement.

They argue that a fossil fuel treaty is needed because of the ‘strenuous sluggishness’ of governments’ responses to date to get climate change under control, fossil fuel companies further hampering efforts, and the ‘glaring disconnect’ between nations’ long-term commitments to net zero emissions and the current expansion of new fossil fuel production.

The extraction, refining, transport and burning of fossil fuels not only release greenhouse gas emissions that warm the planet at alarming rates, the religious leaders said, but also have serious impacts on the health of communities through pollution and destruction of ecosystems.

“These costs are paid disproportionately by those who are most vulnerable and least historically responsible for the consequences of climate change: lives lost, homes and farms destroyed and millions displaced. It is our moral imperative to protect those most in need and uphold the human rights of future generations by using clean and sustainable energy sources,’ they wrote.

The letter is supported by two faith-based global environmental networks, GreenFaith and the Laudato Si’ Movement. It will remain open for signatures until it is delivered to world leaders at COP27

This year, enthusiasm grew for a fossil fuel treaty.

In September, at the UN General Assembly, Nikenike Vurobaravu, president of the Pacific island nation Vanuatu, became the first head of state to endorse the treaty.

Other countries such as East Timor and Tuvalu followed suit, as did 70 cities around the world.

Last month, the European Union’s legislative body passed a non-binding resolution calling on member states to work towards the development of a Fossil Fuel Non-Proliferation Treaty.

The World Health Association, along with nearly 200 global health associations, supported the treaty, as did the World Council of Churches.

At the same time, the push for a treaty to end the use of fossil fuels comes as energy concerns grow, in part because of the Russian invasion of Ukraine, which has led some countries to seek new sources of gas and coal, boycotting Russian energy reserves.

Supporters of the treaty argue that the war, and its impact on rising energy costs, only underlines the need for a global agreement.

Support for such a treaty has come from within the Vatican and other Catholic spaces.

Cardinal Michael Czerny, head of the Dicastery for the Promotion of Integral Human Development, called it “essential” as a complement to the Paris climate agreement.

“All new exploration and production of coal, oil and gas must end immediately and existing fossil fuel production must be urgently eliminated,” Czerny said at a July press conference on Pope Francis’ Season of Creation message to leaders at the COP27 and COP15 biodiversity summit.

Representatives from Buddhism, Judaism and Islam also signed the multi-faith letter, including the Soka Gakkai, a Buddhist organisation with 12 million members in 150 countries, Islamic Relief Worldwide, the Jewish climate group Dayenu and the Church of Sweden.

“We firmly believe in the importance of a Fossil Fuel Non-Proliferation Treaty and a just transition and are committed to supporting it.”

Angelus Of All Saints, Pope Francis: The Everydayness Of Being A Saint

Angelus of All Saints, Pope Francis: the everydayness of being a saint