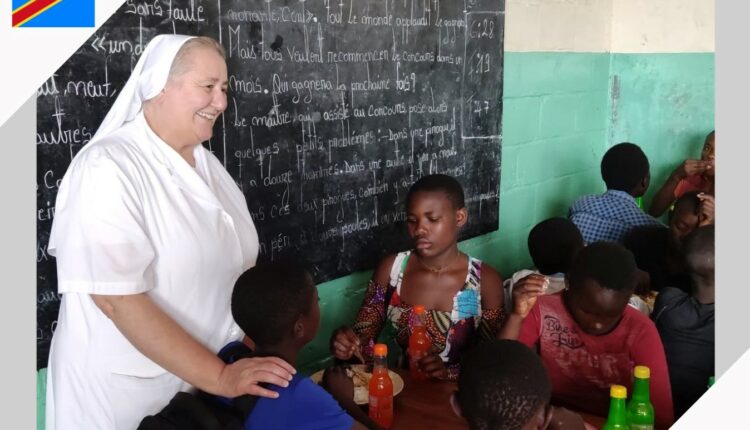 The Future of the Missions: a Conference for the 4th Centenary of Propaganda Fide

The missions as an instrument not only for evangelisation, but also for proposing a new economy and a new society. But in which direction to go? This will be one of the reflections addressed by the International Conference of Studies “Euntes in mundum universum”

Missions in the future of humanity, the presentation by Bishop Camillus Johnpillai

“From the point of view of the history of the Church, and in particular, of the missions, the establishment of the Sacred Congregation for the Propagation of the Faith, better known as ‘de Propaganda Fide’ or simply as ‘Propaganda’ was a historical event of great importance.

A central office of the Roman Curia since 1622, the Congregation was entrusted with the responsibility of directing missionary activities throughout the world’.

This was underlined this morning in the press room of the Holy See by Mgr. Camillus Johnpillai, Head of the Office of the Dicastery for Evangelisation, presenting the International Study Conference “Euntes in mundum universum”, scheduled from 16 to 18 November at the Pontifical Urbaniana University, to mark the fourth centenary of the establishment of the Congregation of Propaganda Fide (1622-2022), to journalists.

Four centuries have passed since the intuition of Pope Gregory XV (1621-1623), who wanted to establish the Congregation.

From the intent to evangelise, the role and function of the missions has followed the path of Mother Church

Today they have the profile desired by Pope Francis, who outlined their physiognomy with the Apostolic Constitution ‘Praedicate Evangelium’, of 19 March 2022.

Bernard Ardura, President of the Pontifical Committee for Historical Sciences, speaking to journalists, noted that the Conference is an opportunity to reread the history of this Dicastery, “rich in precious lessons for the life and mission of the Church today, and certainly very useful for outlining the future of the proclamation of the Gospel not only in territories considered “of Mission”, but also in societies of ancient Christian tradition, which need a new evangelisation capable of meeting the challenges of today’s world”.

Fr. Ardura was therefore keen to point out that the Conference “is not only aimed at the study of a past that is now distant”, but “taking into account the role of History and the importance of its lessons, the various speakers will offer useful insights into the solution of new issues that have arisen in the contemporary age”.

The Rector Magnificus of the Pontifical Urbanian University that will host the conference, Fr. Leonardo Sileo, noted in his speech that the Urbaniana University was born with Propaganda Fide: in 1627 the University was created, named after Pope Urban VIII as the Urban College.

The idea of this College was however born before 1622. The Rector then illustrated the structure and specific aims of the Urbaniana University’s educational offerings, to which 108 affiliated universities in Asia and Africa belong, some of them operating in very difficult contexts.

Saint Of The Day For November 16: Saint Margaret of Scotland