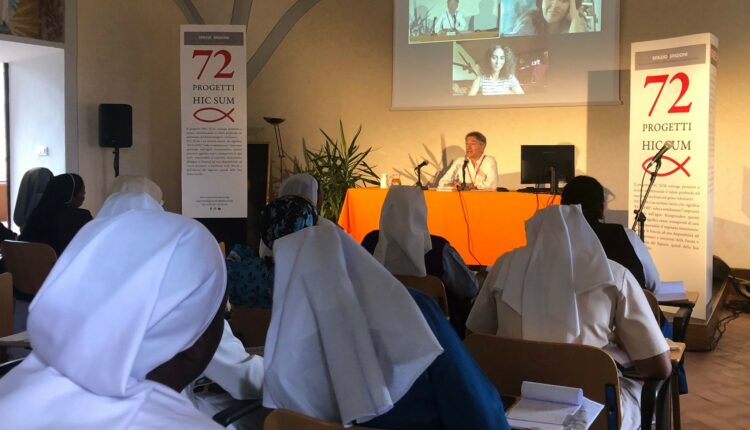 Afghanistan protagonist of the third meeting of the convention “Fare Spazio al Coraggio”, organised by Spazio Spadoni at the convent of San Cerbone (Lucca)

Telling us about this tormented country are two women, journalist Barbara Schiavulli , of Radio Bullets, and Afghan musician and singer Mashal Arman.

Barbara Schiavulli: ‘Perhaps the worst moment ever for Afghanistan’

‘A country that I have been following since 2001,’ says the journalist, who returned from there a few days ago, ‘and which is experiencing perhaps its worst moment.

Last year, when the Taliban seized power, there were moments of great tension, but the media were also very present’.

Once the Americans left, and with them gradually the many Western media, the situation gradually and silently deteriorated’.

After a year of Taliban power, what effect on the people of Afghanistan?

Barbara Schiavulli is clear in her description: many children engaged in begging, an unknown number have disappeared, and there is reason to believe they have ended up in organ smuggling.

Schools for girls, it is a well-known fact, are banned. The country is inhabited by women widowed by 40 years of conflict, who have to raise four, five or sometimes six children.

‘This spotlight must not be turned off,’ the journalist insists forcefully, ‘the Taliban under pressure act differently.

The situation right now is that the Taliban have power over the whole country but do not have the money to keep it going’.

Women are perceived as a threat, and live with fear: Barbara Schiavulli tells of female judges who have put Taliban in jail, or women who have worked in the police.

But that is not all.

The journalist also tells of gender violence, and cites the case of one of her interviewees, who endured the unspeakable beatings of a violent husband.

A husband who was eventually imprisoned, but who returned to harassment precisely because of the opening of prisons desired by the Taliban.

That woman, whose identity is understandably kept secret, will in two months’ time be boarded on a humanitarian flight and arrive in Italy.

A gift of hope in so much havoc. 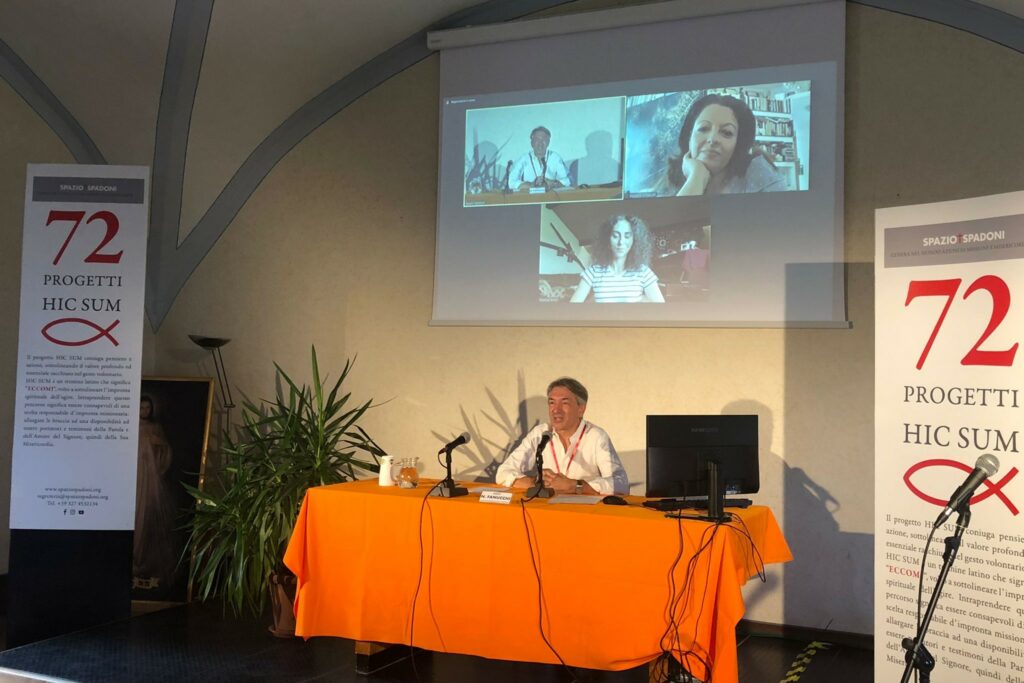 Mashal Arman, the importance of keeping the cultural tradition of Afghanistan alive

Arman is one of the most popular Afghan singers.

Exiled to Switzerland with her family after studying music in Bern, Geneva and New York, she alternates her artistic activities between opera, musical theatre and the preservation of Afghan folk music.

Mashal begins by thanking Barbara very much: ‘it is always traumatising to talk about a war,’ he points out.

‘Why make Afghan music? Because it is important to preserve the art and culture of the Afghan tradition.

We are in the paradoxical situation whereby Barbara, who is Italian, can go to Afghanistan, while I, because of the work I do, cannot. Music is forbidden.

I do traditional Afghan music, but also to create a positive ideal link with the idea of Afghanistan: every day my country is linked to wars, to violence.

Mashal emphasises that this desire for music is a personal need, which stems from within her inner self: she wants to avoid the trap that people like her represent a nation.

She does not want to be considered a standard-bearer, because that is not her intention

Mashal says she feels privileged because she has been able to study. But she points out that this is not the fate of most Afghan women.

‘From 1970 until the 1990s,’ she explains, ‘there was an evolution of women artists in Afghanistan, a kind of golden age. Afghan art was strongly influenced by Indian art.

Until the first arrival of the Taliban, which lasted from 94 to 2000.

An absurd situation, due to the fact that with the return of the Taliban, music is forbidden, that even Afghans who live outside like you, do not have the full perception of this absurd situation.

But Mashal also states how it is impossible for the music to die out: ‘this music simply has a diaspora, it develops outside the country. Will this be enough to keep this art from dying out?’.

The president of Spazio Spadoni, Luigi, intervenes on this question, stating into the microphone: ‘in Afghanistan we do not have a project and it is very difficult to make a project, but it is wonderful to know that there are artists who do this. If we get together we can do beautiful things for this theme’.

And with this second ray of hope, the meeting ended.

Spazio Spadoni, from 7 to 11 September the second edition of the Convention:…