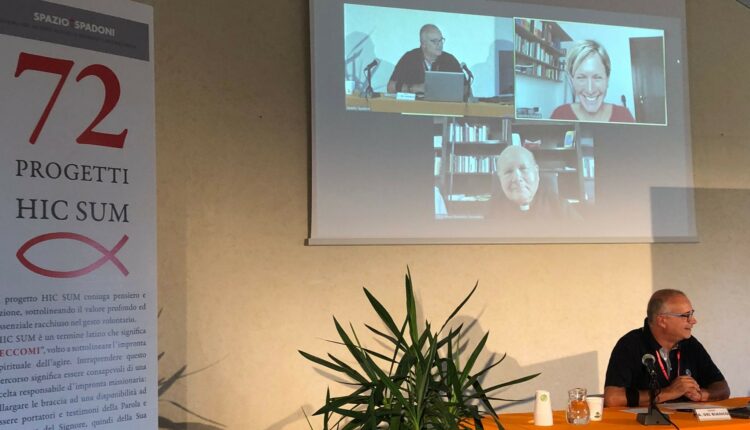 “The Courage of Francis” is the theme tackled by the two speakers at the second meeting in the programme of “Making Space for Courage”: protagonists at the table H.E.R. Monsignor Domenico Sorrentino and Valentina Rotondi

The courage of Francis, Monsignor Domenico Sorrentino: the importance of grace in the courage of the Saint of Assisi

Monsignor Sorrentino has been Bishop of Assisi since 2005 (the diocese, for the sake of completeness, has been Assisi-Nocera Umbra-Gualdo Tadino for some years now), and is therefore the custodian of the places and spiritual legacy of the poverello of Assisi.

He intervenes with a wonderful and good-natured smile, which however conceals the pain of a cure that, he tells onlookers, has accompanied him for a month now.

This understandably affects his intervention, which, however, has a profound historical and spiritual significance, relating to the life of St Francis.

“Saint Francis,” he narrates, “was not a Pelagian. A definition I use as indicated by Pope Francis, and thus indicating those among the faithful who believe they save themselves by their own strength. It is Grace that saves”. 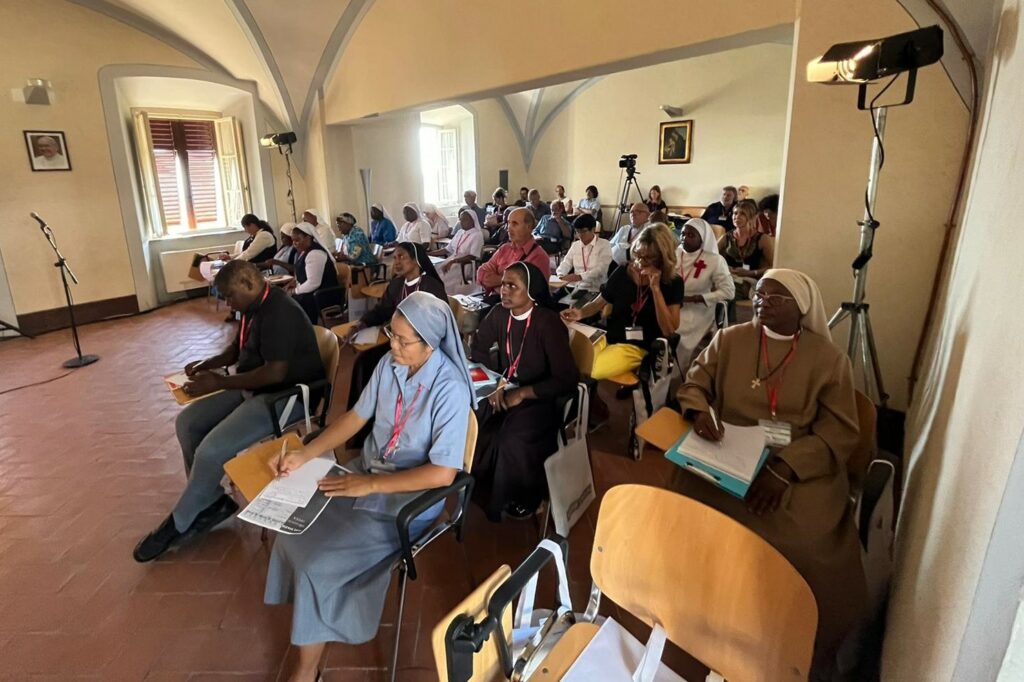 “And in fact, when Francis tells of the encounter that would change his life, the one with the lepers, he anticipates it by specifying how he looked at them with fear and repugnance, and affirming that it was the Lord who led him among them.

And Francis used mercy because he was nourished by the power of God, specifies the pastor of the Assisi curia.

‘Francis was therefore a courageous man who opened the world to new paths,’ he added, ‘but it was a courage that was instilled in him’.

Bishop Domenico Sorrentino then enchanted the hall by linking the places in Assisi to concrete moments in the life of St Francis.

Among them, the peacemaking work accomplished in the dispute between Bishop Guido (the second, historically, encountered by Francis, not the one of spoliation) and the Podestà of the city.

Francis, who enjoyed the esteem of the latter, invited him to a meeting in the bishopric.

Bishop and Podestà, in meeting, uttered words of peace and reconciliation, and concluded their differences.

All good things, including those of EoF, lose their meaning if they do not rest on a broad outlook.

Monsignor Sorrentino is also the leading scholar on the figure of the Catholic economist Giuseppe Toniolo, to whom he has dedicated several books, and has therefore connected the issues on the table of Francis’ economics with the radical economics of the Treviso writer, author of ‘Il Salario’ among others. 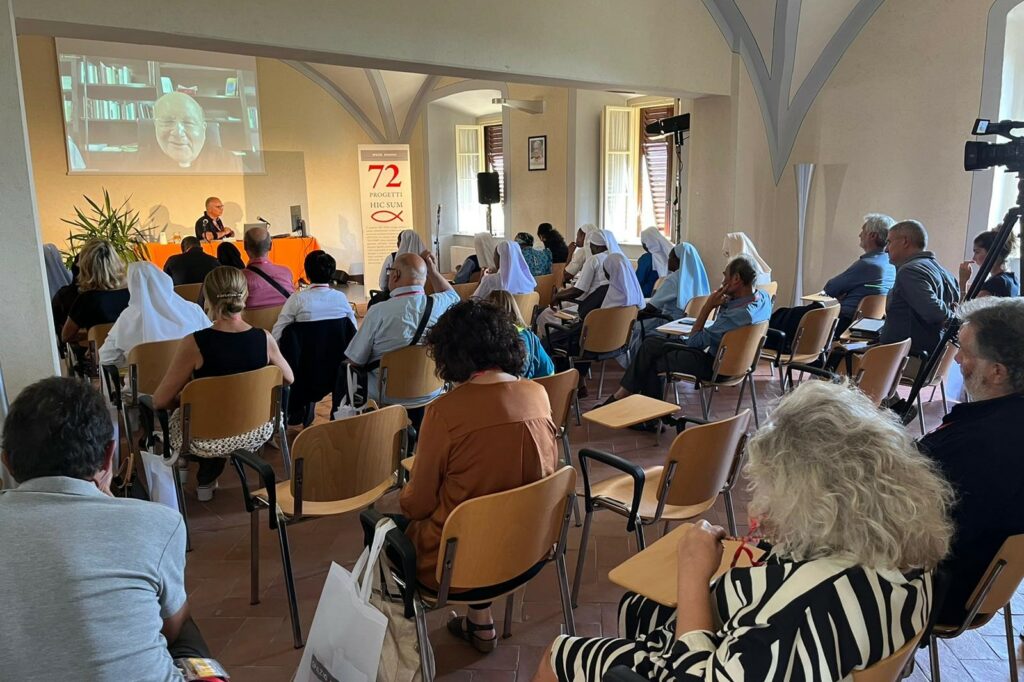 Equally smiling is Professor Valentina Rotondi: a researcher in Lugano and at Oxford University, she is the protagonist of a speech that goes into the ethical merits of the choices we can make as a community, but also as individuals.

“The Economy of Francis,” she tells the audience, “is an economy that wants to have great courage: it does not always have it but it wants to have it.

It looks at and embraces the whole of creation, and in this sense it is an integral economy”.

But another moment of Valentina Rotondi’s speech is also interesting, the one on the randomness of social inequalities. Or to the gift that God has given us, from a faith perspective.

‘Making an integral economy,’ she says, ‘means understanding that our abilities are determined by chance (of being born in certain places and in certain genes).

We must understand that we therefore have no merit. From a faith perspective, recognising grace.

EoF recognises that diversity is a wealth: even in economics, diversity must be recognised.

So not a parallel look, but a common look.

Only in this biodiversity is happiness common.

And we must have the courage to call poverty and misery by their proper names’.

“Why,” he asks, “not imagine a world in which private goods are common? This is the view of the early Franciscans.

Let me give you a practical example: is there really a need for a washing machine for every flat in a block of flats? Couldn’t one per floor suffice?

Why do we all have a drill, even if we use it once a month when it suits us?”

In her view of the courage to place herself in the existing reality, Valentina Rotondi is also very clear about the need for interlocution with this speculative and inequitable economy and finance.

“One must have the courage to embrace economics and finance,” he says.

“Like Francis, one must have the courage to meet and talk to the sultan. But not to convince the sultan, but to tell him ‘we don’t need you’.

So ethical finance, ethical consumption, the will to choose

“In an increasingly globalised world, we cannot pretend that globalisation does not exist, but we can have the courage to unite the local and the local.

Courageous economics is understanding that the economy can embrace the economy that makes rebirth the pivot: think of the prison economy. Let’s think about how our choices can make these projects flourish instead of something else.

And individually we can also be protagonists, he reminds us.

A banal, and also very topical, example? Using public transport whenever possible has an incredibly positive impact on both the environment and the economy.

So courage, seems to be the take-away message, becomes what each of us does in choosing to be intimately consistent and happy.