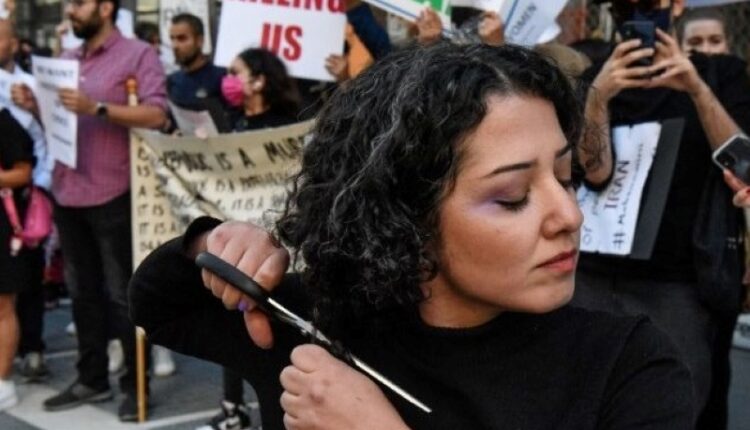 The rights of Iranian and Afghan women are systematically violated, those who rebel are persecuted, arrested, tortured and sometimes killed

It is a dramatic and unacceptable picture coming from that region of the world.

The young people of Economy of Francesco have long since made their voice heard (literally and metaphorically) on this painful subject, and after the reading marathon of last 7 December, which saw young people connected from 28 nations of the world, they are organising a new reading relay.

Iranian and Afghan women, EoF invites everyone to participate in the new reading marathon on 28 January

EoF is organizing a new event to continue expressing solidarity with the youth and young women in Iran and Afghanistan who are protesting against the violence, crimes, and abuses that are affecting women in particular.

There are hundreds of people who are carrying on their battle in defense of rights, freedom, and life itself.

On the one hand in Iran where protests began over the death of Mahsa Amini – stopped and arrested because she was not wearing the hijab properly – on the other in Afghanistan where women are denied the opportunity to attend universities and work in NGOs.

Protests that see at the forefront courageous women who have decided to raise their heads, take to the streets and stand together against the force of such violent regimes.

We stand beside them!

Just as Shahrazad, the protagonist of One Thousand and One Nights, saved the women of the country and saved herself, managing to find a new story to tell every night, so we today feel the duty to continue to stand, with the art of speech and storytelling, beside the women and all the young people who are trying to build a better future.

The rights of Iranian and Afghan women, can we count on you?

On January 28, organize a Thousand and One Nights reading marathon in your city involving other people, associations, other young people and voices to make our solidarity come even stronger: #women #life #freedom

We invite you to:

– choose a place in your city that is open to the public (a square, a theater, a university, a school, …)

– write as soon as possible to staff@francescoeconomy.org indicating city, address and time of your initiative: you will receive a statement to start the marathon and the draft poster you can use to spread your initiative. EoF will share it on official social channels.

How does the marathon take place? Suggestions:

– depending on the length of your initiative, a number of male and female readers take turns reading one or more stories from One Thousand and One Nights (in your language).

– record a 1-minute video and send it to staff@francescoeconomy.org or tag us on social media.

The Economy of Francesco