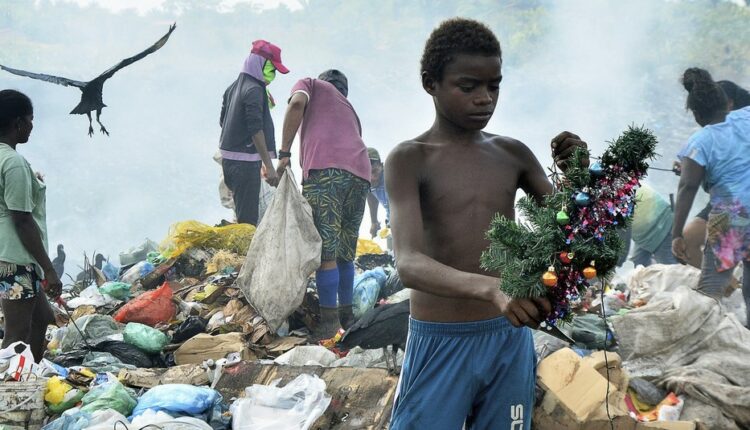 Holy Christmas is just around the corner, and with it the need to combine spiritual sentiment with ritual family celebrations. With, on top of that, extra attention to the environmental impact of the choices we make

Perhaps it would not seem so, but the Christmas season corresponds, according to some scientific studies, to one of the most polluting times of the whole year.

An aspect naturally linked to the consumerist side of the holiday, rather than the spiritual side.

But a Christian is required to come to terms with it and make consistent choices, if that is possible.

What are the most environmentally damaging behaviors during the holidays?

Christmas shopping, travel, decorations: the environmental impact of this holiday is enormous

The Christmas season alone accounts for nearly 6 percent of the carbon dioxide each of us produces annually: about 650 pounds of CO2 per person between December 24 and 26 alone.

The weight of about four male reindeer.

Moreover, the environmental impact of Christmas is increasing as more and more people around the world celebrate it according to the consumerist model.

Mind you, even in countries where Christians make up only one percent of the population, such as in China.

Food consumption increases by about 80 percent during the Christmas holidays, compared to the rest of the year, with a significant environmental impact.

In Britain alone, more than ten million turkeys are consumed on Dec. 25, and a billion pounds of food is thrown away as more food is bought and cooked than can be eaten.

Another significant aspect is transportation.

Millions of miles are driven to reach family members for the holidays, resulting in more than fifty pounds of CO2 per person.

A weight equivalent to that of ten turkeys.

Tens of millions of conifers sold as Christmas trees are cut down each year worldwide (fifteen million in the United States alone).

Tens of billions of decorations are used each December and hundreds of thousands of tons of plastic are used to wrap presents.

For every pound of plastic wrapping produced, the emissions equate to about three pounds of carbon dioxide.

In addition, wrapping papers are often not reused, sometimes ending up in landfills or water.

Each gift also has a significant environmental impact on its own.

For example, each piece of clothing that is given as a gift corresponds to the exploitation of dozens of liters of water and square meters of land; the production of the small electronic devices given as gifts at Christmas collectively results in the emission of more than half a million tons of greenhouse gases.

An estimated four billion are spent each year on unwanted gifts, in the UK alone, equivalent to nearly five million tons of CO2. Together with those that will have broken, about 40 percent of toys given away at Christmas will be thrown away by March. 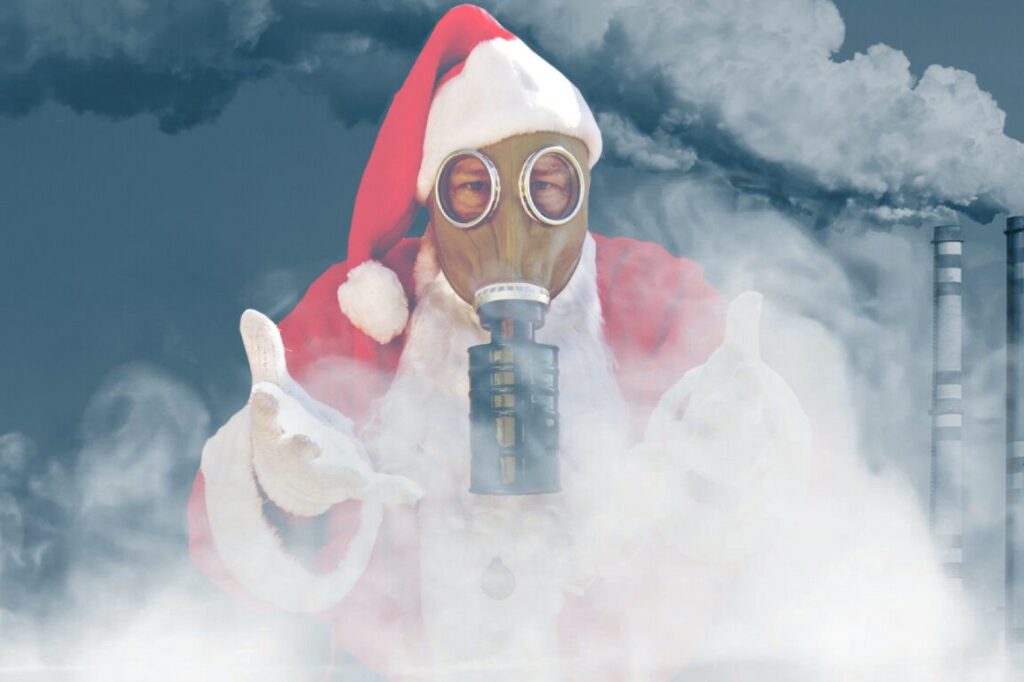 For an environmentally friendly Christmas

Through a few small gestures, we can significantly reduce the ecological footprint of this holiday, with positive implications for ourselves as well.

Avoiding sending Christmas cards can also reduce environmental impact, by as much as five pounds of carbon dioxide each.

Following these tips can decrease individual Christmas impact by 60 percent.

A positive implication not only for the environment, but also for those who implement these tricks, as people who experience Christmas in a sustainable way are happier.

They also save money.

Kopnina H. (2014), Christmas tale of (un)sustainability: Reflecting on consumption and environmental awareness on the streets of Amsterdam. Sustainable Cities and Society, 10 pp. 65-71.

Business Leader (2018), The dark environmental impact of our Christmas season.