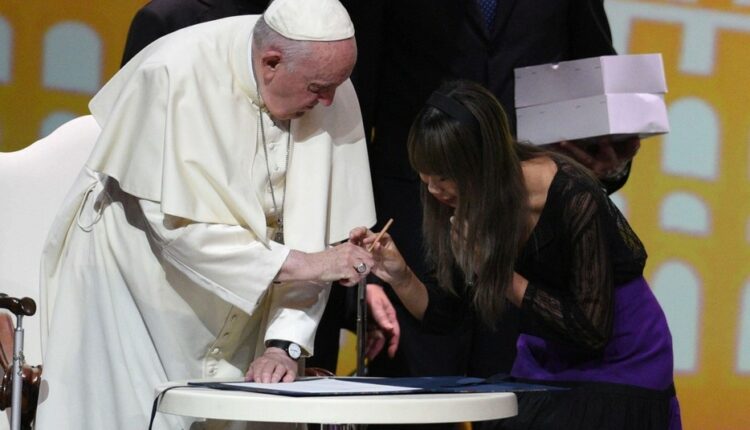 Assisi, Young people “Pact for the Economy” with Pope Francis

An economy for peace, to replace the economy for war: this is the indication that Pope Francis gave to the young people gathered in Assisi

And from that indication, so necessary, a pact was born, which was signed and which will serve as a beacon for the coming years.

Assisi, the text of the “Pact for the Economy”

We, young economists, entrepreneurs, and changemakers, called here to Assisi from every part of the world, aware of the responsibility that rests on our generation, commit ourselves today, individually and all collectively to spending our lives so that the economy of today and tomorrow becomes an economy of the Gospel, and therefore:

We believe in this economy.

It is not a utopia, because we are already building it.

And some of us, on particularly bright mornings, have already glimpsed the beginning of the promised land.

Cardinal Martini and the mission: ten years after his death a meeting to rediscover his spiritual legacy