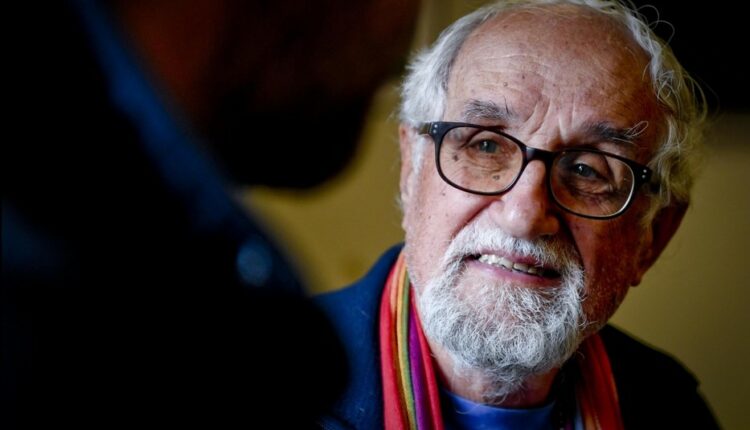 Economy and finance, Father Alex Zanotelli at the Festival of the Mission: rebel through boycott

The Festival of the Mission taking place in Milan analysed, among other things, the direct effects of our economic system on the poor and our planet

From Assisi to Milan, the Mission reflects on economy and finance

The Festival of the Mission seems to be almost picking up the ideal baton launched by the young people of Economy of Francis in Assisi, and analysing the words spoken by Pope Francis.

If, in fact, in Assisi the young people dealt with the economy that is to come, the one that is necessary and inescapable from now and for the future, in Milan the missionaries expound their direct experiences of what effects this economic system has determined on the planet and on almost all those who populate it.

Tightly packed meetings with distinguished guests have addressed these issues in depth.

And who often raised the evident difference between economy and finance.

Festival of the Mission, Father Zanotelli and Sister Panza talk about the poorest of the earth

The themes of climate refugees, internal migration and water, a common good to be made available to all, were the focus around which the speeches by Father Zanotelli and Sister Panza, among the protagonists of the second day of the Milan Festival, revolved.

‘In the Sahel, the central problem is the climate: in this area, the climate is breaking down,’ warned the Combonian Father Alex Zanotelli.

‘Not being able to cultivate the land, the only thing left is to flee’.

The extreme poverty of the Sahel, between Niger, Mali and Burkina, “generates anger and discontent” among the people, and the anger of the people gives way to the violence of the jihadist groups that take power.

“Get it out of your head that Islam is by nature violent,” argued Father Alex. “Religion only covers up anger over poverty, but in doing so it becomes a huge danger.

But in a profoundly unjust system, is it ever possible that as Christians we are not present?”.

The problem of internal migration is the one most keenly felt by missionaries, even in Asia, who closely share the drama of young people forced to leave their villages to move to the city.

Sister Annamaria Panza, a missionary of the Immaculate Conception in Bangladesh, explained the drama of young people who, despite studying, cannot find work and are forced to move to the outskirts of big cities.

“Many young people finish school, they want to make their fortune in the city but do not manage to improve as they would like. Those who emigrate have to support their whole family, they have big responsibilities”.

Working in textiles in Bangladesh means being exploited, in conditions of insecurity and great precariousness.

“When will we learn to boycott?” the Combonian asks himself.

Therefore Father Alex invites us Westerners to boycott certain clothing brands that are the result of underpaid labour in Asia.

And he recalls that in African capitals living in slums is the norm: ‘in Nairobi 70% of the people live in shacks, there are 200 million slum dwellers’.

Another crucial issue, at all latitudes, is water scarcity.

“Water must remain in public hands: in 2040 in Italy we will have less than 50% water availability, water is life”, Father Alex concluded.

Father Alex Zanotelli: rebel against this economic system also “through the weapon of boycott”

At this meeting, Father Alex, a Combonian who has always been involved in the economic-financial issues we are talking about these days, proposed his own recipe, that of non-violent rebellion.

A theme not new to Catholic sensibilities.

‘It is useless for us to look at governments,’ said Father Alex, ‘they are prisoners of finance,’ he declared.

And he proposed his own recipe, that of a thoughtful boycott of products that do not reflect ethics and sensitivity to gospel values.

The theme of choices comes up again. The theme of acting now to build a fair and sustainable future.

The imprint of Pope Francis and his vision of the economy becomes concrete and tangible, every Christian is called to stand in relation to it.

Saint Of The Day, October 1: Saint Thérèse Of Lisieux

Saint of The Day, October 1: Saint Thérèse of Lisieux

Saint of The Day, October 2: Feast of the Guardian Angels