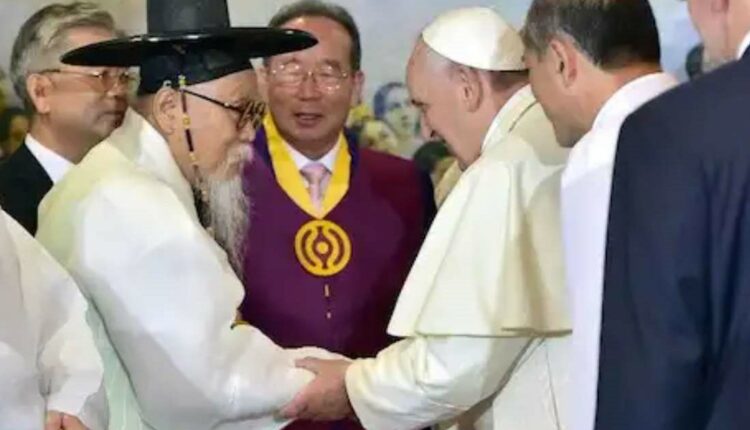 Interreligious dialogue: Executive Chief Ven. Wonhaeng of the Jogye Order and leaders of six other religious orders in South Korea will visit the Vatican and meet Pope Francis

“A pilgrimage group will be set up to visit Jerusalem in Israel, the Vatican, etc. from September 13 to September 21,” the Korean Council of Religious Leaders announced on Wednesday.

What is the Korean Council of Religious Leaders

The Korean Council of Religious Leaders is a consultative body of seven religious orders in South Korea, including Buddhism, Won Buddhism, Catholicism, Protestantism, Cheondoism, Confucianism, and the Association of Korea National Religions.

Ven Wonhaeng is currently serving as its chair.

The leaders of the seven religions will visit the Vatican on September 19 during its pilgrimage and meet Pope Francis.

This year’s pilgrimage is hosted by Catholics and will be attended by Ven. Wonhaeng, Archbishop Kim Hee-jong who serves as the chair of the Catholic Bishops’ Conference of Korea’s committee of church unification and inter-religion communication, temporary chair of the Christian Council of Korea Kim Hyun-seong, the leader of Won Buddhism Na Sang-ho, the head of Sunggyungwan of Confucianism Son Jin-woo, the leader of Cheondoism Park Sang-jong, and the head of the Association of Korea National Religions Kim Ryung-ha.

Pope Francis previously met 12 South Korean religious leaders during his visit to South Korea in 2014, including Executive Chief Ven. Jaseung of the Jogye Order and of Minister Kim Young-joo, the manager of the National Council of Churches in Korea.

This is the third time that the leaders of the Korean Council of Religious Leaders are meeting popes in the Vatican.

Previously, the council had meetings with Pope Benedict XVI in 2010 and Pope Francis in 2017.

Pope Francis Donates An Ambulance To Homeless And The Poor

Saints of the day, 3 September: Saint Gregory the Great (Pope Gregory I)