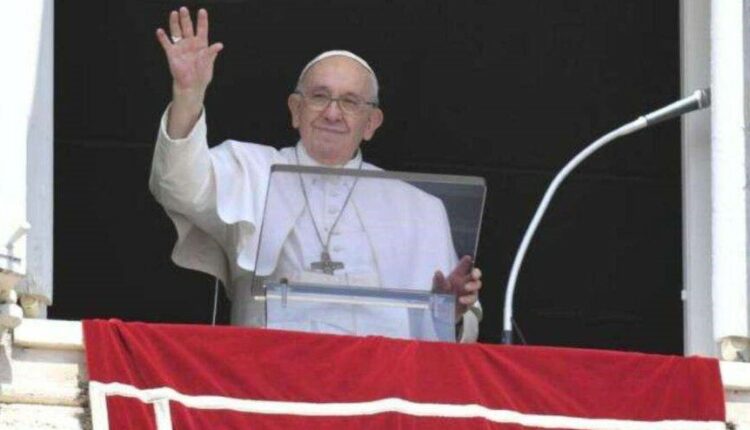 Angelus of All Saints, Pope Francis: the everydayness of being a saint

During the Angelus on the feast of All Saints, Pope Francis spoke of the exceptional “normality” of being a saint

Pope Francis: saints are not people who were perfect in life, always straightforward and “starched”

The Holy Father, analysing the Beatitudes described in the Gospel of the Saints, used clear words regarding the vocation to which all Christians are called.

A holiness that is not composed of epic gestures, but of a sensitivity that is projected in small everyday facts.

For example in a peaceful and peacemaking soul.

A soul aware that peace is never armed or violent, that it is not achieved by conquering or defeating someone, but by opening one’s heart to Christ.

The lives of the saints themselves bear witness to the extent to which our humanity is a reflection of this openness to Christ: they were not superior beings, but imperfect, sometimes non-linear or precise people.

But the saints lived a “countercurrent, revolutionary life”.

An invitation, therefore, not to conform to what exists, but to contribute in small things to improve reality.

For example, by silently sowing the “seed of peace” and in silence making it germinate.

And if “we are led to believe that peace arrives by force and power”, adds the Pope, “for Jesus it is the opposite”, in fact “his life and that of the saints” show us “that the seed of peace, in order to grow and bear fruit, must first die”. Peace, says the Pontiff, “is not achieved by conquering or defeating someone, it is never violent, it is never armed”.

But how to make room for peace in one’s own heart? “By opening ourselves to Jesus” is Francis’ answer, “standing before his Cross, which is the chair of peace; receiving from Him, in Confession, ‘forgiveness and peace'”.

This is the starting point, “because to be peacemakers, to be saints – the Pope points out – is not our ability”, it is God’s gift, “it is grace”.

Angelus of All Saints, Pope Francis: Forgive, care for the least, heal injustices

Francis’ invitation is to look inside ourselves and ask ourselves if we are builders of peace, if “there where we live, study and work, we bring tension, words that wound, chatter that poisons, polemics that divide”, or “we open the way to peace, forgiving those who have offended us, we take care of those on the margins, we heal some injustices by helping those who have less”.

Because “this is called building peace”.

At the end of the Marian prayer, Pope Francis then asks people to pray again for peace in Ukraine and in the world, and finally recalls that tomorrow is the commemoration of the dead, inviting people to dedicate prayers of suffrage to them, “especially during Holy Mass”.

Saints Of The Day For October 30: Saint Germanus, Bishop Of Capua

Saint of the Day for November 2: Commemoration of All the Faithful Departed