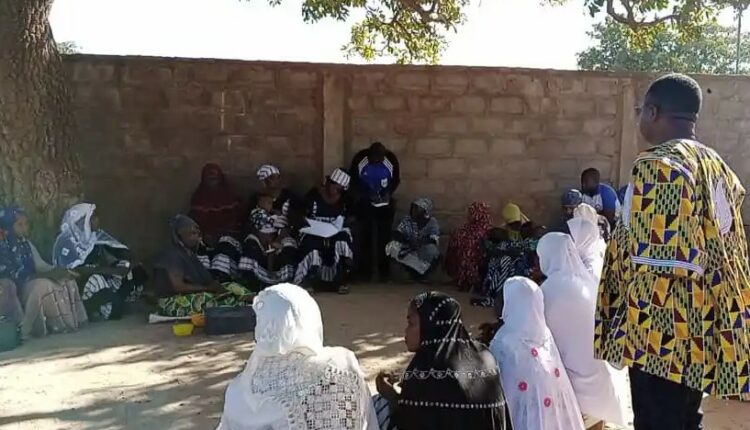 Migratory flows from Africa are registering an increasing number of women, according to a conference organised by OCADES, the Caritas of Burkina Faso

“Women, gender and migration”, the conference organised by OCADES in Ouagadougou

‘Women, gender and migration’ is the title of the conference being held in Ouagadougou, capital of Burkina Faso.

The conference is organised by the Organisation catholique pour le développement et la solidarité (OCADES, the Caritas of Burkina Faso) and the German NGO Welthungerhilfe, in the framework of the implementation of the Projet d’appui à la protection des migrants les plus vulnérables sur les routes migratoires du Sahel (PROMISA).

PROMISA is promoted by the European Union Emergency Trust Fund for Africa (EUTF) and is managed by Caritas Switzerland (CaCH), together with Catholic Relief Services (CRS), OCADES, Caritas Mali and Welthungerhilfe (WHH).

“For a long time, and although women were not much less represented than today in global migration flows, gender was ignored…. In Burkina Faso we helplessly witness a strong human mobility with new migrant profiles, namely women. It is appropriate that we pay attention to the situation of migrant women and in particular to their health,” said the director of the Centre for Research and Training on Integral Human Development, Sister Jeannine Sawadogo, in her introductory remarks.

“We realise that more and more migration has a female face. Now, do policies at the national level, women-friendly migration strategies take gender into account?” wondered Dieudonné Guiguemdé, head of OCADES.

“This is what justifies this panel to try to reflect on the issue of gender and migration; as women are often victims of the migration path. We must therefore work to help them obtain optimal protection; it is not because they are women that they should be seen as people to be manipulated, people to satisfy any desire, but instead they have a dignity to be preserved and protected’.

OCADES: More and more women migrate independently of their families

African women are attracted by the strong demand for work in female-dominated sectors, such as domestic work and health care.

Migration policy has not adapted to this global trend.

There is no comprehensive systematic understanding of how to assess the impact of migration policies on men and women. In addition to this women and girls often remain victims of violence and abuse of all kinds along the migration route and then in the destination countries.

The organisers of the Ouagadougou conference also organised a two-day meeting, from 28 to 29 November, with the country’s security forces (Forces de défense et de sécurité FDS), in order to “strengthen the understanding and operational capacities of the FDS on human trafficking and to understand the link between gender and migration,” says OCADES Secretary General Fr Constantin Séré, who emphasises that “the issue of migrant protection remains topical despite the crisis our country is going through (…). ) And when migrants arrive safely in the countries of destination, the trials they overcome along the way may affect their physical integrity or their mental health’.