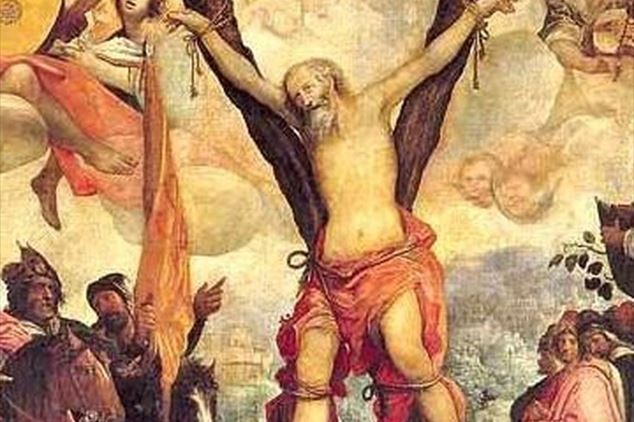 Saint Of The Day For November 30: Saint Andrew the Apostle

Saint Andrew the Apostle is the Patron Saint of the Orthodox Church of Constantinople. Brother of Simon Peter, among the saints he is distinguished for being the first to be called by Jesus and having found martyrdom on a decussate cross. He is the protector of fishermen.

“We have found the Messiah”.

Uncontainable and fulfilling joy like that of one who discovers that he has reached the long-desired goal.

This is how they sound in the Gospel of John the words of Andrew who rushes to his brother Simon to share with him the emotion of having been called, ‘first’, by Jesus.

A fisherman from Bethsaida in Galilee, a disciple of John the Baptist, Andrew recognises in the son of Joseph the carpenter, ‘the lamb of God’.

The evangelist’s account records the time of that encounter that, by the River Jordan, marked his existence forever:

“it was about four o’clock in the afternoon.”

He immediately left his nets and followed him

“Master, where do you live?”

Christ’s answer to the question of Andrew and one of his companions was not long in coming:

An invitation to which there is no backing out and which foreshadows the subsequent, more explicit call, addressed by Jesus on the shores of the Sea of Galilee also to Simon:

“Follow me and I will make you fishers of men”.

The two were shaken but had no hesitation and, as the evangelist Matthew recounts,

“immediately, having left their nets, they followed him”.

From that first meeting of eyes, spiritually disruptive, a journey of faith, a following of Christ in everyday life, springs forth. Andrew is in fact one of the twelve whom the Son of God chooses as his closest friends.

It must have been shocking to witness the multiplication of the loaves and fishes: incredulous before the miracle, looking at the hungry crowd and the only five barley loaves and two fish available, he asked himself:

“What is this for so many people?”.

Jesus increased the apostle’s faith every day when, together with Peter, James and John, he led him aside to the Mount of Olives, answering their questions about the signs of the end times.

It is known that Andrew led some Greeks eager to meet him to the Messiah, but the Gospels do not reveal any other certain news about him.

The Acts of the Apostles report that he and the other companions went to Jerusalem after the Ascension.

The rest of the narrative of the saint’s life is entrusted to non-canonical and apocryphal texts.

“You will be a pillar of light in my kingdom,”

Jesus is said to have said to Andrew according to an ancient Coptic writing.

Early Christian writers report that the apostle evangelised Asia Minor and the regions along the Black Sea, reaching as far as the Volga.

Today he is honoured as a patron saint in Romania, Ukraine and Russia.

Andrew, Martyr on the Decussate Cross

The preaching of the Good News continued tirelessly in Achaia and, around the year 60 in Patras, Andrew went on to martyrdom.

Hanging from a cross that he wanted to be X-shaped, as if to evoke the Greek initial of Christ’s name, before he breathed his last, according to the Golden Legend, he would utter these words:

‘Cross, sanctified by the body of Christ. Good Cross, longed for I have loved you and longed to embrace you. Receive me and take me to my master’.

Saint Of The Day For November 27: Saint Vergilius Of Salzburg