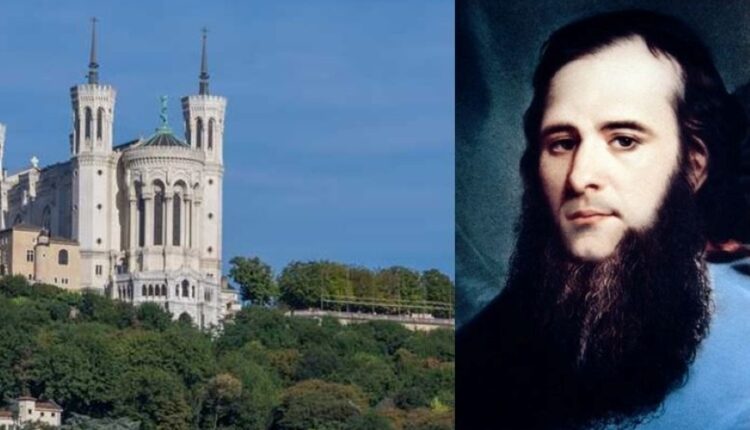 We are at the end of 1856, a year that we can call the foundation year of the SMA (African Missions Society) because of the choices, activities, documents, events and testimonies that accompanied it

It was for Bishop de Brésillac with his stay in Rome through his contacts with Propaganda Fide, reports, travels and preaching.

From the idea suggested to him of forming a society of missionaries, he arrived at the decision to design a community with a particular purpose, style and charisma.

From the commitment to missionary animation in the dioceses of France, to the choice of a location and a house to welcome the first aspirants.

From the entry into the missionary dimension for Africa to the desire to consecrate the SMA to Mary Most Holy, Queen of Apostles, as a guarantee of a foundation on which to rely in every eventuality

With this itinerary, Mgr de Brésillac arrived at 8 December 1856, feast of the Immaculate Conception and also feast of the shrine of Our Lady of Fourvière in Lyon.

That day, with his first six companions, he went up to the sanctuary in the morning to consecrate himself to the Virgin Mary.

This important act takes place in a simple yet faith-filled manner.

The Founder himself speaks of it in a letter to the Cardinal Prefect of Propaganda Fide on 13 December:

“I believe it is useful to let you know that on the day of the Immaculate Conception we went in numbers of seven to offer our work to the Blessed Virgin at the foot of her venerated image on the hill of Fourvière. There, we renewed our resolution to dedicate ourselves to the work of the African Missions and we wish, if the Sacred Congregation permits, to date the existence of our Society from 8 December 1856”.

We do not know the details of this event that seems to have taken place in simplicity and discretion.

Many years later, Father Planque, recalling it, would say, referring to the Founder: ‘I was at his side; the spectacle was only grandiose because of the faith and confidence of our venerable founder’.

On 9 December, the “Gazzette de Lyon” wrote: “In the midst of the compact crowd of clergy and faithful who packed the shrine of Our Lady of Fourvière yesterday, we noticed the members of the African Missions.

He was assisted by two priests, three young seminarians and a brother who had already joined him for the great undertaking they wished to place under the protection of the Virgin Mary”.

Watch the video of the SMA story, produced by Fr. Dario Dozio and Antonio Guadalupi

Saint Of The Day For December 8: Immaculate Conception of the Blessed Virgin Mary