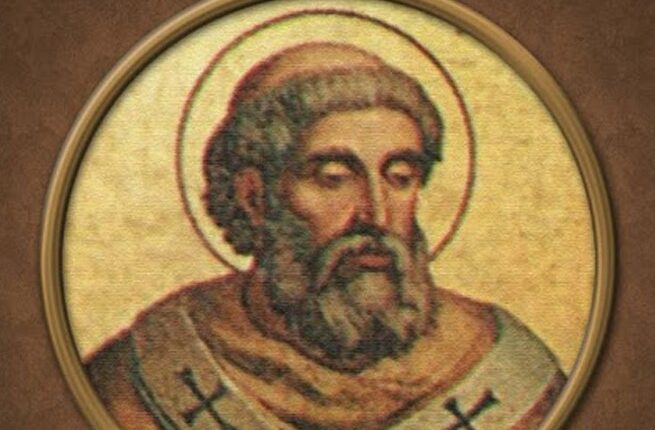 Saint Of The Day For December 10: Saint Gregory III

A Syriac by birth, he succeeded Gregory II and was elected on 18 March 731 by popular acclamation. His pontificate was in practice characterised by the same events and the same course of action as his predecessor.

Gregory and The iconoclastic controversy

After his election, Emperor Leo III Isauricus wanted to personally sign the decree of approval.

Leo III hoped with this gesture to propitiate good relations with Rome and obtain a more moderate position on the iconoclastic controversy.

The year before Gregory’s election, in 730, Leo III had issued an edict ordering the destruction of all religious icons.

In practice, since neither Islam nor Judaism worshipped sacred images, the measure was only aimed at Christians.

In essence, all sacred images were to be removed from churches.

At the same time, Leo III summoned a silentium (an assembly) to which he imposed the promulgation of the edict.

Gregory’s response was not what Leo expected.

The pontiff informed him of his perfect adherence to the line of conduct and decisions taken by his predecessor Gregory II, who had declared himself absolutely opposed to such an initiative.

The tone of the reply was so decisive and brusque that the messenger in charge of delivering the message to the emperor initially refused to carry out the mission.

Having been forced to do so, he left but was arrested on the way by the Byzantines, preventing him from reaching Constantinople.

Gregory then convened a synod on 1 November 731, which was attended by 93 bishops.

The synod fathers condemned iconoclasm and established excommunication for anyone who dared destroy icons.

A second messenger sent to Constantinople suffered the same fate as the first: Leo III did not want decisions from Rome contrary to his positions on matters of faith to reach Constantinople because they would have hindered his iconoclastic policy.

The emperor, attacked head-on, responded by removing the Balkans and Asia Minor from the jurisdiction of the Holy See.

In practice, he ousted the Church of Rome from the East.

The imperial pressure on the pope was further concretised by the confiscation of all Church property in the Duchy of Calabria and Sicily, regions that were under Byzantine control, and, at the same time, by giving orders to those bishops to go to Constantinople for consecration.

In order to recover the economic damage done to the papacy’s finances, which was enormous.

Gregory tried to recover by later purchasing the castle of Gallese.

Gregory tried to quell the disagreements with the emperor, but his efforts were in vain and tensions remained.

Feeling abandoned and in danger, in 739 Gregory made a move that, although it had no immediate result, would direct the events of European history for centuries to come.

He turned to Charles Martel, the palace steward of the Frankish kingdom of Austrasia and Neustria, explicitly asking for military help against the Lombards.

Charles cordially received the papal messengers, accepted the gifts but thought nothing of intervening.

With a second letter, sent in 741, the pope played the extreme card: he even offered Charles Martel, in exchange for military aid, the title of consul of the Urbe (i.e., responsibility for the military jurisdiction of Rome).

This was obviously a big political mistake, as the city was still, even if nominally, under imperial jurisdiction.

For Charles it would have meant war against Constantinople as well as the Lombards, and of course he refused.

At the same time as his political-diplomatic activity, Gregory’s initiatives were aimed at continuing his predecessor’s commitment to the evangelisation of northern Europe, which Gregory II had entrusted to the Anglo-Saxon monk Wynfrith (renamed Boniface).

Boniface however did not neglect the Anglo-Saxon Church, also granting the pallium to Ecgbert, Archbishop of York, and Tatwin, Archbishop of Canterbury.

For their important missionary work, Willibald in Bohemia and Bede in England were also granted the pallium.

To counter the last resistances of paganism in Northern Europe Pope Gregory moved the feast of All Saints from 13 May to 1 November, in order to overlap it with the Celtic feast of Samhain (Halloween).

Gregory forbade Christians from eating horsemeat, defined in a letter written to Wynfrith-Boniface in 732, in response to various questions from the missionary on the evangelisation of the peoples of northern Europe, as a food immundum et execrabile.

Those who ate it would have to do penance, as the consumption of horse meat had connotations linked with paganism.

Gregory III died on 28 November 741, before hearing Charles Martel’s second negative response to his request for help, and was buried in St. Peter’s.

Saint Of The Day For December 8: Immaculate Conception Of The Blessed Virgin Mary

Saint Of The Day For December 11: Saint Damasus I