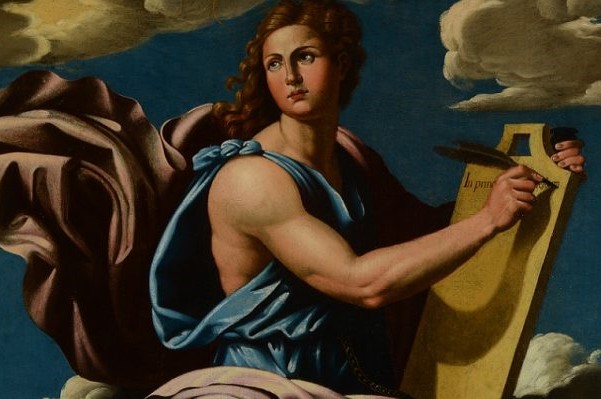 Saint Of The Day For December 27: Saint John, Apostle And Evangelist

“The disciple whom Jesus loved”: this is simply how John calls himself in his Gospel, and he is right to see it that way, because it is he who plays one of the most important roles in the history of salvation, apart, of course, from Mary, whom Jesus expressly entrusts to him at the point of death with that ‘behold your son’ and ‘behold your mother’.

From then on John takes Mary with him as “the dearest thing” and the point of union between the two is precisely the purity, the virginal life they both lead.

Historical information on the life of John

The historical sources from which to draw the details of the evangelist apostle’s life, are diverse, some apocryphal like another Gospel, according to some to be attributed to his pen.

Of him we know that he is the youngest and will be the longest lived of the Twelve.

He is originally from Galilee, in an area on Lake Tiberias, and in fact comes from a family of fishermen.

His father is Zebedee and his mother Salome.

His brother James, called the Elder, will also be an apostle.

He is always appointed by Jesus and is in the circle of the very few who accompany him on the most important occasions, such as when Jairus’ daughter is resurrected, at the Transfiguration on Mount Tabor and during the agony in Gethsemane.

Even during the Last Supper, he sits in a place of honour, to his right, and rests his head on his shoulder with a gesture of affection: it is precisely at that moment that the Holy Spirit infuses him with the wisdom of the Gospel account that he will write in his old age.

He is the only one to stand at the foot of the Cross with Mary and with her he spends the three days preceding the Resurrection waiting; he is still the first to arrive at the empty tomb after Mary Magdalene’s announcement, but he will let Peter in because he has respect for his seniority.

Then he will move with Mary to Ephesus, from where he will take charge of the evangelisation of Asia Minor.

It also seems that he will have to suffer the persecution of Domitian and be exiled to the island of Patmos, from which, with the advent of Nerva, he will return to Ephesus to end his days here as an over-centenarian, around 104.

John, ‘The Flower of the Gospels’

This is the name given to the Gospel written by John, also known as the ‘Spiritual Gospel’ or Gospel of the Logos, thanks to the refinement of the theological language and the coining of the polysemic term ‘logos’ to indicate Jesus with the meanings of ‘word’, ‘dialogue’, ‘project’, ‘verb’.

In his Gospel, moreover, the word ‘believe’ recurs 98 times, because this is how one reaches the heart of Jesus, believing in freedom and accepting grace as the beloved disciple of Christ shows us.

His is also a highly Marian Gospel, not so much because of the quantity of references to the Virgin, but because of the special grace of She who knows the Son best and who renders the Mystery of Christ.

Yet Mary only appears twice in John’s account: at the wedding in Cana and on Calvary.

Of particular importance is precisely the wedding feast at Cana, which also constitutes Jesus’ first encounter with John.

But the call of John – who together with Andrew was already a follower of John the Baptist – probably took place in Bethany, by the river Jordan.

When Jesus arrives, the Baptist greets him as ‘the Lamb of God’.

John is so impressed by this encounter that he even remembers the time at which it took place (the tenth, about 4 p.m.) and therefore will not be able, after that, not to follow Jesus.

But in addition to its high theological value, John’s Gospel also differs from the synoptics in its emphases on the humanity of Christ, which emerges from the details of certain accounts, such as the weary sitting, the tears shed for Lazarus, or the thirst manifested on the cross.

The Apocalypse and the Epistles of John

John also writes three letters and the Apocalypse, the only prophetic book of the New Testament.

It concludes the Scriptures and already from its name – which means “revelation” – indicates the concrete message of hope it carries, in a way putting a full stop to God’s dialogue with man: from now on it will be the Church that will speak, that will read God’s action within History, until His return to Earth at the end of time.

In this sense, Revelation is also a “prophecy”.

As for the three Letters, or Epistles, of John, probably written in Ephesus, they are letters on love and faith that aim to defend certain fundamental spiritual Truths against the attack of Gnostic doctrines.

Saint Of The Day For December 19: Saint Anastasius

Saint Of The Day For December 17: Saint Daniel

Saint Of The Day For December 16: Saint David

Saint Of The Day For December 26: Saint Stephen, First Martier

Saint Of The Day For December 28: Holy Innocents, Martyrs